What differentiates a common meal from a special event? The menu, of course, and the care with which the table is set, right? After choosing the crockery and placing the cutlery, the napkins neatly folded and placed at the table is what will reveal the elegance of the event.

From French garde-nappe, the napkin is the well-known piece of cloth or paper used at the table, whose main function is to clean the lips and fingers of diners, in addition to protecting clothes from splashes of sauce. In everyday meals, or in more informal restaurants and cafeterias, napkins are usually made of paper.

But, when we go to a chic establishment or a more refined event, like a wedding, we soon notice the difference in the way the table is presented. Notice how many restaurants use the traditional white napkin carefully folded to make the tables more attractive.

You have certainly seen beautiful tables with colored or patterned napkins instead of white, but in this case, the decor should be thought of as a whole. The colored napkins “talk” with the tablecloth, the crockery, the flowers or the rest of the decoration. When in doubt, do a test: arrange a corner of the table with the glasses, flowers, suplats and napkins, and see if the pieces harmonize with each other.

Regardless of the aesthetics of the table, the most important thing is that the napkins are impeccable: clean, well ironed, very well folded and well positioned in their places. Since there is no rule on how to fold napkins, we are often in doubt about how to do it and go crazy for help.

Thinking about it, today’s tips are for those who are organizing a special dinner or lunch and would like to decorate the table with napkins folded in a beautiful, functional and hassle free way. Is it your case? So follow what’s coming!

How to fold napkins according to the event 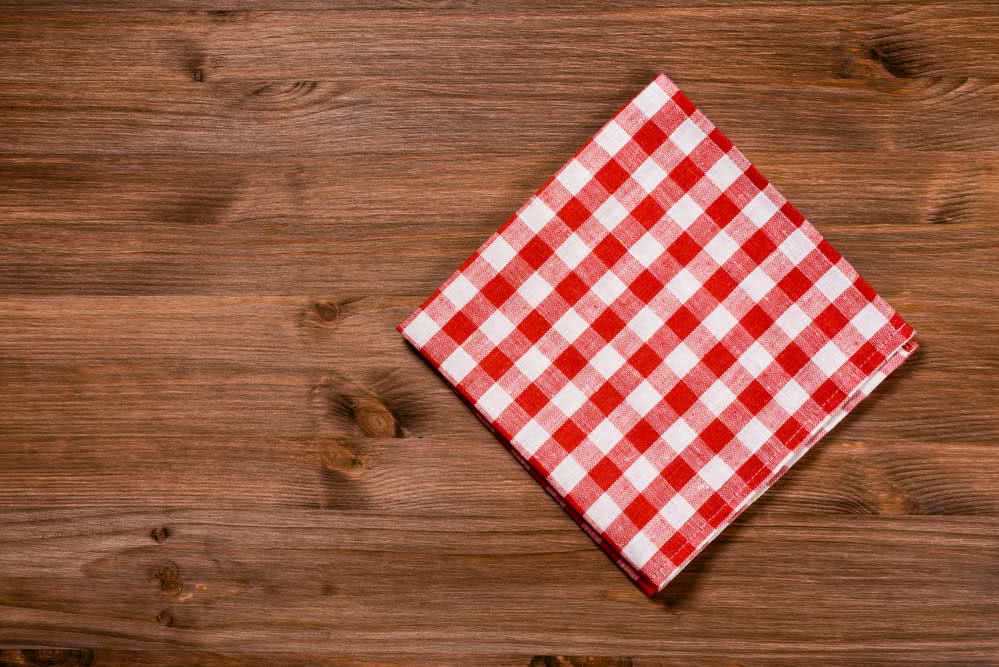 In more informal events, such as children’s birthday parties or barbecues, you can use paper napkins, but that does not mean that they do not deserve a good presentation. No putting them on the table in the packaging! A charming way to fold them on the plate or a beautiful napkin holder makes all the difference, even on everyday tables.

The most elegant and formal events, such as dinners, wedding parties and graduations, ask for tables with fabric napkins. But nothing to just put them on the plate, carelessly. There are several napkin folds that make the table presentation beautiful, according to the event, and that you can easily reproduce on that special date.

Ah, a very important tip! Before handling napkins, which must be perfectly clean and ironed – or any tableware, clean your hands with gel alcohol and secure your hair.

Want to know some practical tips on how to fold napkins and delight your guests? So, follow the tutorials that we set aside for you and get inspired!

1. How to fold napkin in a triangle

This is the easiest way to fold a fabric napkin, but the result is still elegant.

Simple, right? With just two folds, the most traditional folding of napkins, which we have seen in restaurants, on the plates is ready.

2. How to fold a napkin with a ring

This is a very simple way to fold a fabric napkin, but it makes a big impression on a beautiful table, especially at weddings.

The charm is due to the ring, or napkin holder made of fabric. They can be made with artificial flowers, shiny stones, metals and even rustic materials, such as bamboo. The important thing is to combine them with the rest of the table decoration.

In this type of folding, the cutlery is placed inside the napkin, so that the table is more organized. But you can also use the opening to place other items, like the party menu.

4. How to fold the napkin and end it with a ring

Although this fold has a finish similar to the ring, the initial process is different. Choose a square napkin, around 40 cm², and a ring that matches the occasion.

5. How to fold a rose-shaped napkin

This is a very delicate fold, which impresses with the ease of the technique. The table is even more beautiful if you bet on napkins of cheerful tones, such as those of the flower. This style is ideal for more romantic events, such as weddings, Valentine’s Day or even Mother’s Day.

6. How to fold a heart shaped napkin

In addition to being beautiful, a table decorated with heart-shaped napkins is super-romantic. Bet on napkins in shades of red and observe how the guests will feel the affection with which they are received.

How about our tips on how to fold napkins in beautiful and elegant ways?

Certainly your guests will feel the affection with which they are received and your event will be much more special. Do you also have any tricks on how to fold napkins and make beautiful tables? What is your favorite folding? Comment here!