One of the children’s favorite events is to invite friends to sleep at home or to go to the home of one of them to spend the night. Pajama parties are very common, especially in elementary school, as a way of celebrating the birthday.

To ensure that the night is not boring, you need to prepare some pajama party games. For this reason, we have prepared a list with tips on games and activities to do with children on special nights like this. 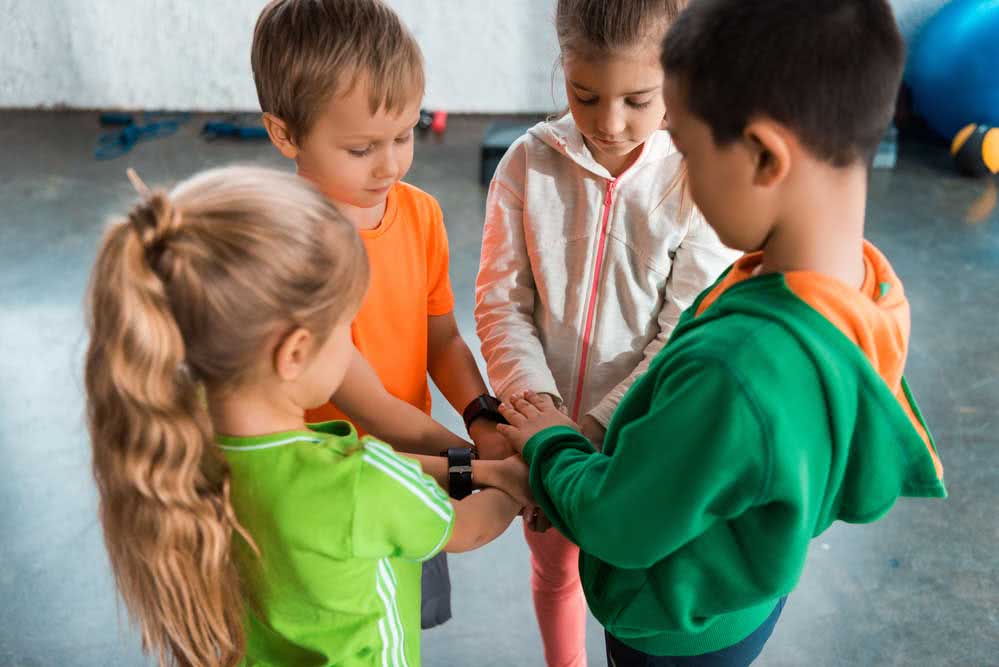 This game is very simple and funny, you just need a bag with some objects, such as clothes, hygiene items, food and others. After that, just form a circle with the children.

They must choose who will start the game, a character, a place and a situation. That done, the child who started the game should take an object out of the bag, without seeing what it is, and try to fit it into the story.

Each participant is only entitled to assemble one sentence at a time. In this way, the story is being told in the direction that the children prefer (clockwise or counter-clockwise). This pajama party game guarantees lots of laughs.

A classic activity at slumber parties is the cooking workshop. That’s when kids can feel like real chefs and learn some basic kitchen things.

However, to facilitate this activity it is necessary to leave the ingredients prepared, so accidents can be avoided and fun will be guaranteed. Some tips on what to prepare are:

Then just distribute the grated cheese over the sauce and put the filling that each one likes, such as tomatoes, olives, ham, pepperoni and oregano. Taking the mini pizza to the oven or microwave. 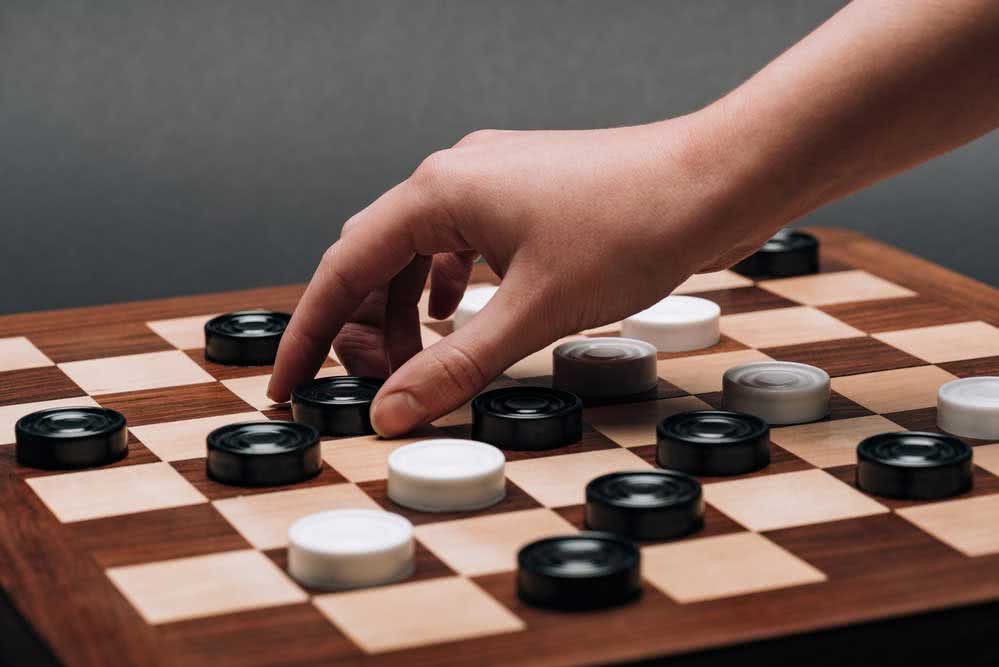 A form of entertainment that uses logic and concentration is board games. Ludo, Monopoly and Checkers are some examples.

This game format is great for creating connections, as it requires more time for interaction between children.

Guessing games are always a lot of fun. There are already games of the type that come in boxes, but it is possible to prepare this version of the game with just a few sheets of sulfite and pencil or pen, to make the drawings.

On one of the sheets, write some themes such as characters, drawings, food and the like. Cut out each word, fold it and put it in a bag. Then separate the kids into teams and instruct them not to draw too obvious pictures.

At each round, a child from each team has to guess what his partner is drawing. To give the game more adrenaline, a tip is to use a stopwatch or limit the number of chances.

Mimicry is a classic pajama party game and works in the same way as drawing guessing. However, this time, instead of drawing, the children will have to make gestures or actions so that their team partners find out what he means.

It is not worth speaking or making sounds, because this will be considered cheating. In addition, it is necessary for children to reach consensus on the topic, so there is no need to give tips. 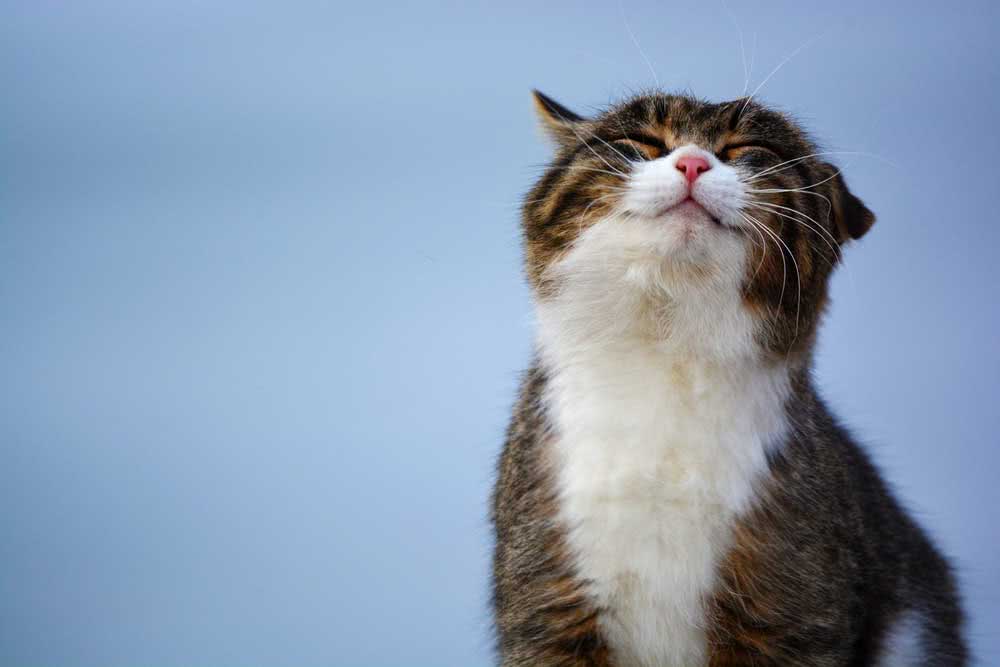 Gato Mia looks a lot like Cobra Cega and Marco Polo, but unlike these two games, he is made in the dark! To play this game, you first need to move the furniture in one of the rooms so that there is plenty of free space for circulation.

To start, you need to choose a catcher, who will have to wait outside while the others hide. After that, the taker enters the dark environment and must find someone to be the next taker.

The child who has to find others can say « cat meows », so everyone must imitate a cat’s meow.

When the catcher finds one of the friends, that friend must meow, trying to disguise his voice, so that the catcher tries to guess who it is. If he gets it right, the person found becomes the new catcher. If you make a mistake, the game starts again with the same catch. 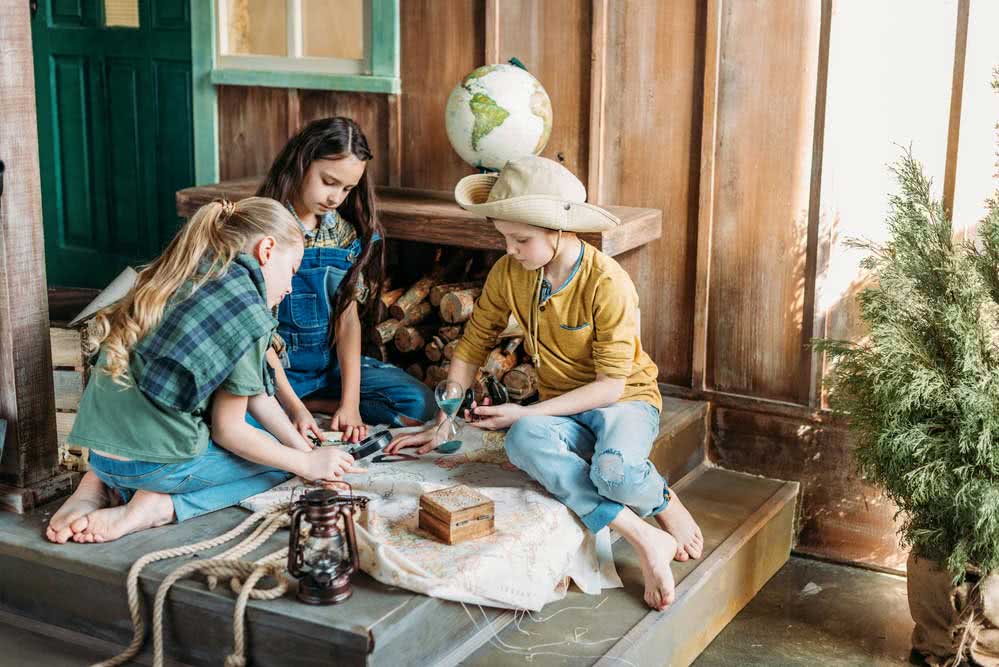 Preparing a treasure hunt is a great way to entertain children. This pajama party game is great for working on children’s reasoning and teamwork.

To perform this activity, it is necessary to prepare some cards, which can be made of cardboard or sulfite, and some gifts. After hiding the gifts and spreading the clues around the house, at least two, just divide the children into two teams.

Give runway number 1 to the two teams and let the children discover the others, always supervising the groups to avoid any accidents. In addition, a toast tip is a jar of candy, with chocolates and candies.

This pajama party game makes any child feel like a ninja. For this activity it is necessary to have ropes or string at home, in addition to scissors to cut these materials.

After preparing the material, just attach the strings in a corridor, so that it creates obstacles. Then, forming a line, each child will have their turn to dodge the strings to cross the corridor. They can pass by dragging or jumping.

To make the game more challenging, ask them to try not to touch the string.

Stop is a very popular game among children. Also known by the name of Adedonha, this game requires a vast repertoire of the most diverse themes.

For this game you only need a sheet, it can be sulfite or a notebook, and a pencil or pen. With these materials, children set up a table of up to ten categories, which can include name, food, TV shows, places and more.

Then the little ones show as many fingers as they want and one of them will add them up. Each number is equivalent to a letter of the alphabet, so if the sum gives 5, the chosen letter will be E.

In this way, all categories must be filled with words that start with the letter E. Each filled column counts 10 points. If the word is repeated by another friend, the word is worth 5 points. 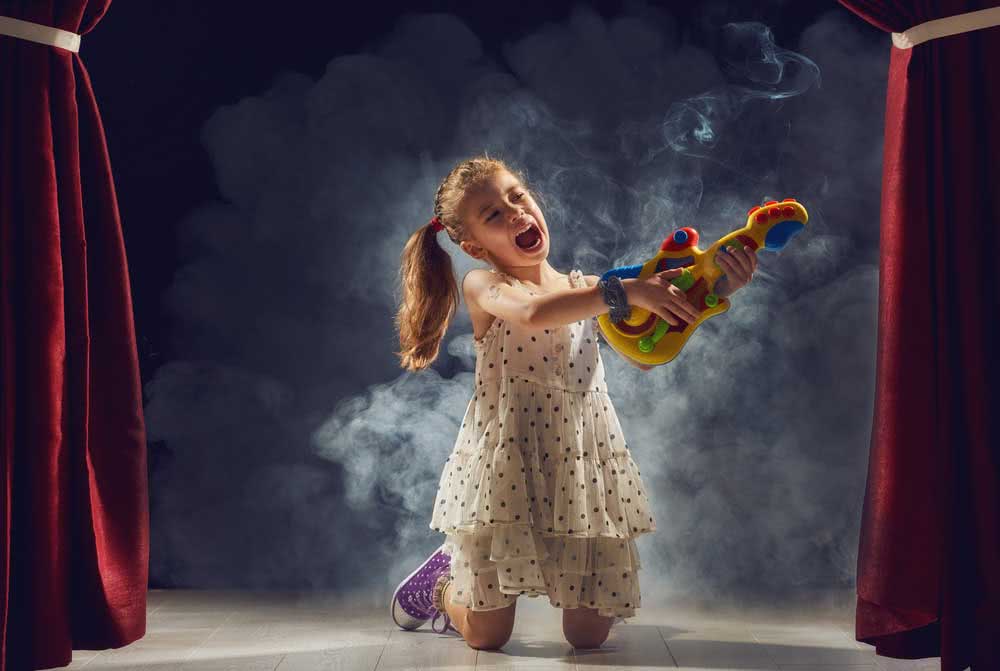 a show of talent always enlivens pajama parties. The idea is simple and you just need a place to be prepared, it can be the living room, with chairs or other places to sit.

Each child presents something they like to do, such as singing, dancing, doing magic, acting or something else they would like to present. The applause of friends is the prize and everyone wins.

To make it even more fun, it is recommended to notify the parents of the guests to send a costume or toy for their children’s presentation.

Another classic and popular game among children, the chair dance does not need much, just the furniture that names the game and a device that plays music.

Chairs should be positioned in two rows with their backs facing each other. In addition, they should be outnumbered by children. So, if 6 children participate, there should be only 5 chairs.

After that, the children stand in a row, next to the chairs, and when the music starts they must turn around the furniture. When the music stops, the child who is not seated is left out of the next round.

The game is over when one of the last two children sits in the last chair.

Do you have any more ideas for a pajama party game?

When hosting a slumber party, it is important to prepare activities in advance and ask parents if their children have any dietary restrictions or if any behavior should be observed.

In addition, it is important to have contact with the parents of all guests in an emergency.

Did you like the pajama party play tips? Do you have any other suggestions? Write in the comments!

Now you just need to open your email and confirm your subscription! Thank you.