At first glance, bricks are bricks, aren’t they? Yes, they may even look the same, but after a careful look it is possible to notice significant differences between the various types of bricks available on the market.

And if you are building or renovating, you need to know each one of them to make better choices.

Types of bricks: categories and features 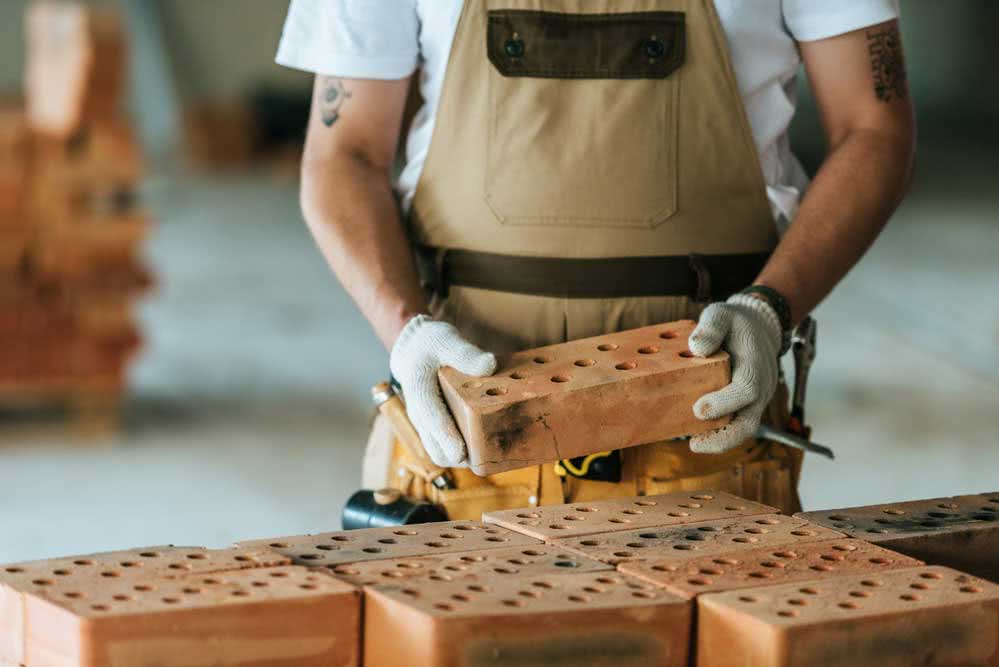 Before learning more about each type of brick that is available there, it’s worth checking out how each one of them is classified and getting closer to the ideal option. Check out:

The structuring bricks are strong, durable and waterproof. Made of concrete, they are used to build the foundation of houses and other works.

Fence bricks are used for closing walls. They can be concrete, ceramic or solid. Everything will depend on the project, on the needs of residents who may need acoustic or thermal insulation, and on the local conditions, especially with regard to humidity.

Finally, comes the category of decorative bricks, such as glass bricks and cobogós. These types of bricks can also work very well to increase the incidence of light and ventilation in environments.

Another type of decorative brick that is very common today is solid brick, apparently used as wall cladding. Also included in this list are adobe, ecological and demolition bricks.

Types of bricks for construction and renovation 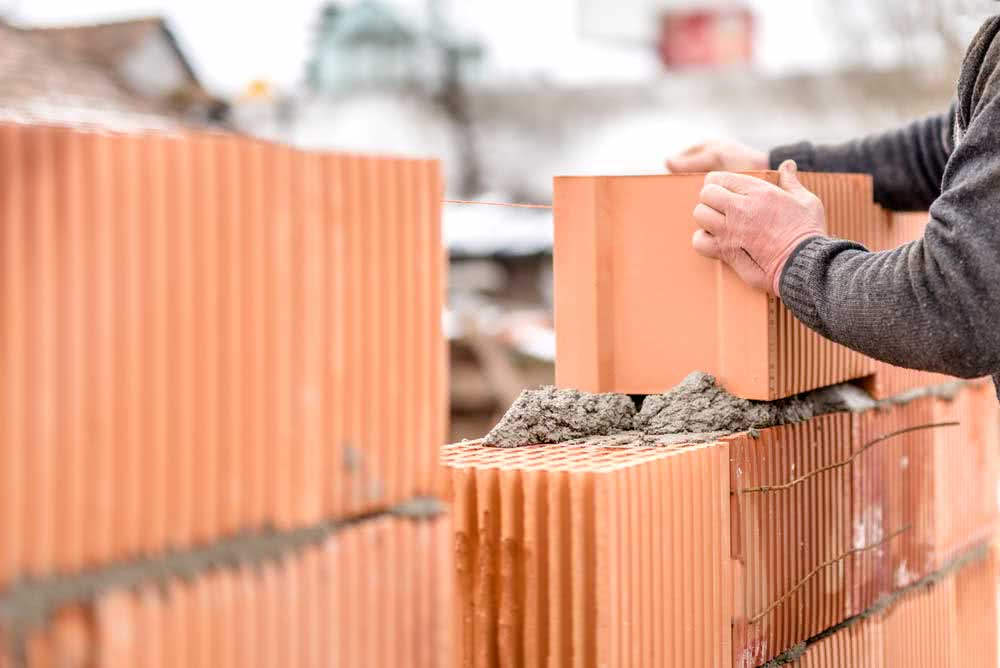 Learn about the types of bricks most used in Brazilian civil construction below:

Ceramic brick is one of the most used in Brazilian constructions. Popularly known as Bahian brick, this type of brick is used for sealing walls and has no structural function.

Lighter and cheaper than other brick models, the baianinho is made of clay and undergoes a cooking process that guarantees its specific color.

The Bahian type ceramic brick also stands out for its good thermal insulation and low water absorption. However, this type of brick has poor sound insulation and should be avoided when the intention is to bring acoustic comfort to indoor environments. 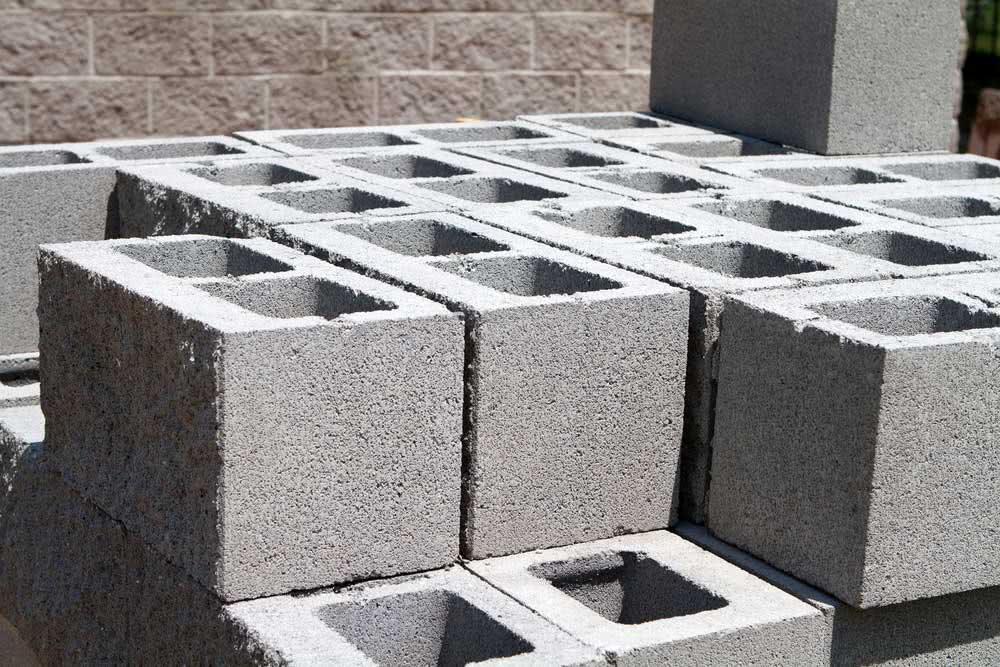 Another well-known type of brick is concrete. Unlike the ceramic brick from Bahia, this brick model is more resistant and can be used both for sealing walls, as well as for the structure and foundation of houses.

For structuring, the most recommended is the even more resistant structural concrete brick. For the foundation of houses, the ideal is to use the channel concrete brick through which the hardware can pass.

Cellular concrete brick is not well known and its use is limited to sealing internal walls, especially in places where you want to reduce the weight on the structure and foundation.

One of the main characteristics of cellular concrete brick is the light weight and appearance similar to a hardened sponge.

Poorly water resistant, it should not be used outdoors. It is also important to emphasize that the cellular concrete brick needs a coating, that is, it cannot be used in an apparent way.

Solid brick was the one commonly used in the construction of houses in the past. Made of clay, this type of brick is used for sealing and decoration, as it does not need finishing.

In fact, solid brick has been increasingly used as wall cladding.

The disadvantage of this brick for those who want to build walls is the weight, since it brings an overload to the structure that other types of bricks do not.

Another problem is the cost. Because they are small, it takes a much larger amount of solid bricks to erect a wall. This small detail can significantly increase the cost of the work. 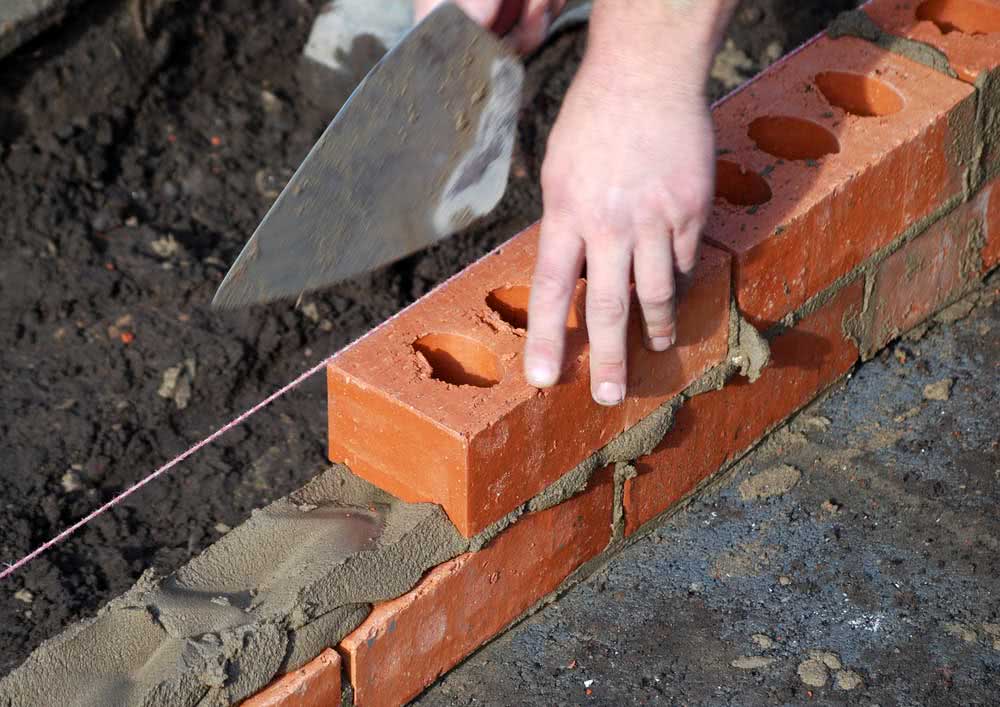 The ecological brick is a novelty in civil construction. Still little used, this type of brick has the advantage of being sustainable, since it uses only soil and cement in construction and, still, it does not need to go through the burning process.

Another advantage of this brick is its ease of construction, as it is modulated and allows the passage of all electrical and hydraulic wiring during the construction of the walls.

The ecological brick also does not need finishing or coating, and can be used in an apparent way, just with a layer of resin for protection. In other words, no plaster, plaster or spackle.

This has a huge impact on the project’s budget, not to mention the added sustainability.

However, it is still not very easy to find skilled labor in this type of construction.

Adobe brick is another type of sustainable and ecological brick. This, in fact, is one of the first bricks used in human history.

Manufactured by hand with a mixture of straw, earth, water and natural fibres, the adobe brick works both for sealing walls and as a decorative element.

But be careful with moisture, as this type of brick is poorly water resistant.

Another sustainable brick option for your construction. This time we are talking about the demolition brick which is nothing more than the solid clay brick taken from old buildings and which is now back on the market to be sold as coating in modern, rustic and industrial decorations.

However, due to the high aesthetic appeal and demand, these bricks are usually sold at prices somewhat salty. Another problem is the difficulty of finding large quantities of demolition bricks.

It is also worth noting that demolition bricks should not be used as structural bricks.

Refractory bricks, made of clay, are the most recommended for hot places, as they are made with materials capable of withstanding high temperatures.

In this case, the refractory brick is indicated to be used in the manufacture of barbecues, ovens and wood stoves. 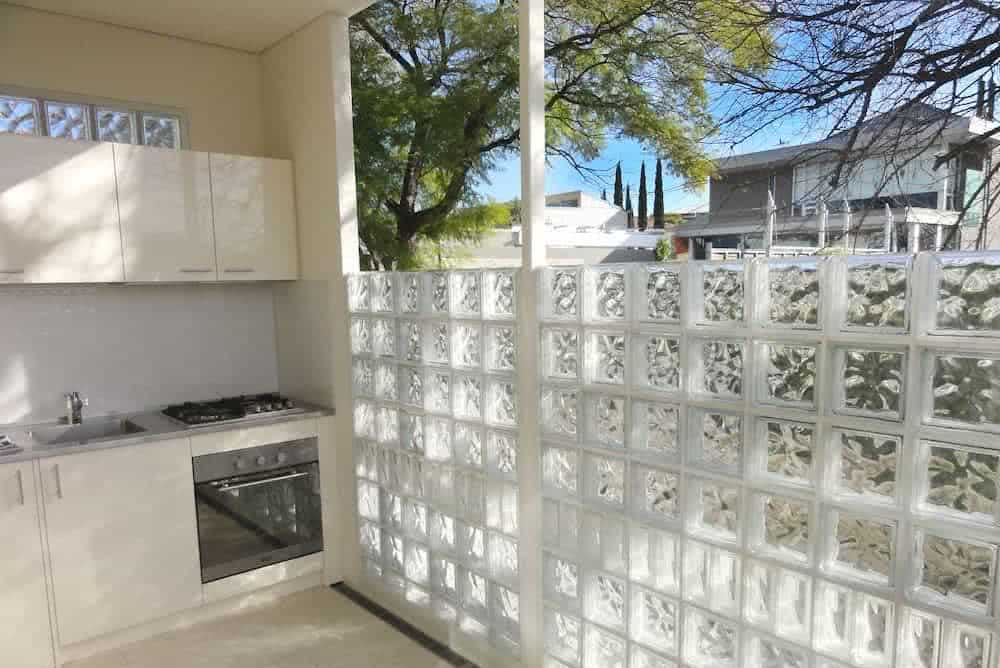 Glass brick is one of the best solutions to bring natural light into environments.

Made of highly resistant glass, this type of brick has only an aesthetic function and should be used in ornamental details on internal or external walls.

The hollow brick, also known as cobogó, is a genuinely Brazilian invention. This type of brick also has a decorative function, but it goes a little further.

With it it is also possible to light and ventilate environments, being a solution for low light places.

It is currently possible to find hollow bricks made of different materials, such as concrete, ceramics, enamel and clay.

However, like glass bricks, cobogós should not be used as structural bricks.

How to choose the best type of brick 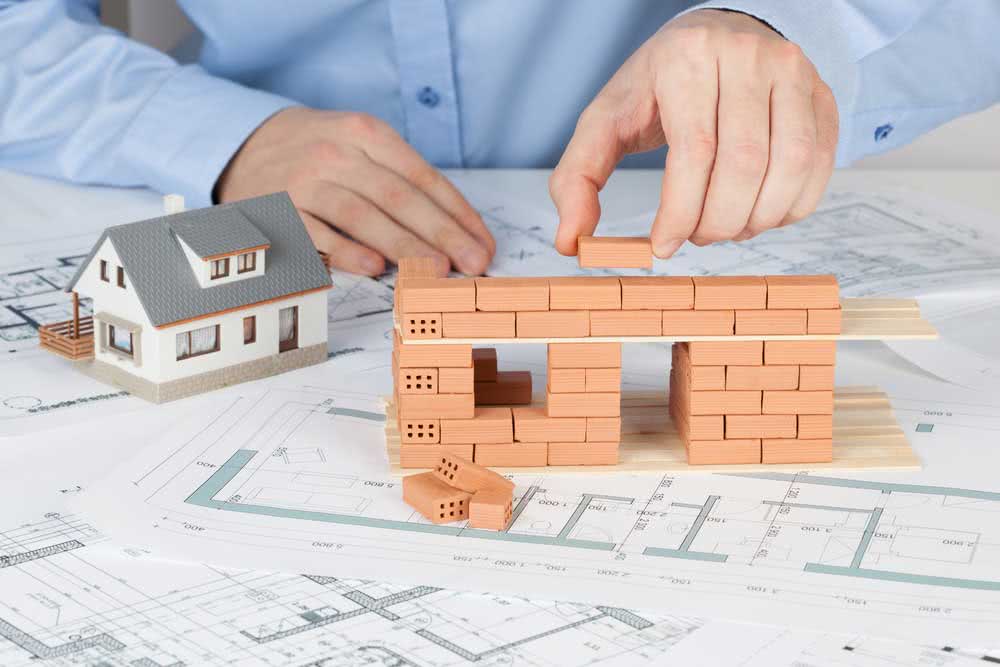 Here are the main aspects that you should analyze when choosing the best type of brick.

The first thing to be observed before choosing the brick is the function it will fulfill.

If you need a structural brick, you’ll have to opt for concrete. But if the need is for fence bricks, then evaluate if the house structure needs light bricks or if you want something more decorative and that doesn’t require a lot of finishing.

For a conventional work, with finishing in plaster and spackle, it is not worth investing in solid or demolition bricks, as they will be hidden. In that case, consider using Bahian bricks that are cheaper and lighter.

For the aesthetic effect

Fence bricks also have aesthetic appeal and this can be a decisive factor in your choice. Even concrete bricks can be used to seemingly bring a rustic and modern look to the house.

Price is another important factor when choosing bricks. As a rule, if you want to save money, Bahia bricks are the best option. However, it is important to consider finishing costs such as plastering, mass and painting or coating.

One way out in this case is to opt for ecological bricks that do not require finishing and, even though they are a little more expensive than ceramic ones, for example, they end up compensating in the end.

This is because it is estimated that ecological bricks can generate savings of up to 40% at the end of the work.

Therefore, it is important to account for all costs and not just the bricks themselves.

If you value sustainability in your work, then the option is to use bricks such as adobe, ecological (cement soil) and demolition bricks.

The higher price ends up being compensated at the end of the work with the saving of labor and finishing materials.

Now that you know what types of bricks are on the market, it’s easier to decide which one to use.