When the crazy beauty composed the verses of Alternative Society, most likely he did not imagine that years later the concept of Ecovillages would appear in the world.

Modern, self-sufficient and sustainable in all processes, Ecovillages are an extremely improved version of what hippies of the 70s idealized to live.

And the big reason behind the emergence of these ecological villages around the globe was the urgent need to preserve natural resources and the environment.

And have you ever thought about living in an ecovillage? Do you know how it works? We will tell you everything next, follow.

Ecovillages are ecological communities, usually founded and structured in rural areas. The concept of ecovillages emerged in 1991 from the definition of the American philosopher Robert Gilman.

Gilman defined ecovillages as human settlements capable of offering everything that is important for life, but always guided by sustainable and harmonious development with nature.

In other words, an ecovillage is, first of all, a group of people who share the same ideals of sustainability and peaceful coexistence with the planet in a true resumption of what humanity was already doing thousands of years ago.

An ecovillage has in its essence the basis of a self-sustainable life through organic production of food, use of clean and renewable energies, reuse of materials and natural resources, solidary economy and bioconstruction.

There are currently around 10,000 ecovillages in the world, distributed in 114 countries, including Brazil, according to data from the Global Ecovillage Network (GEN).

GEN has structured the bases of ecovillages and, today, serves as a support network and bridge that connects and guides thousands of villages across the planet.

Why live in an ecovillage

Here are six great reasons to live in an ecovillage:

The spirit of cooperation and harmonious coexistence is one of the main bases of an ecovillage. Within this principle, the residents of an ecological village offer mutual support to each other in different aspects of individual and collective life.

This includes everything from sharing organic production to exchanging services for different professionals, for example.

Stimulating the collective is a priority within ecovillages, clashing with the increasingly individualistic way of people living in large cities.

In an ecovillage, knowledge is shared and available to everyone, from children to adults.

This contributes to the self-sufficiency of the ecovillage and to the spirit of collectivity and solidarity mentioned above.

The houses of an ecovillage are, in essence, sustainable and ecological. Bioconstruction techniques, for example, are a reality within ecovillages.

Sustainable use of natural resources

Reuse of water and clean energy are just some of the countless actions that an ecovillage does for the sustainable use of natural resources.

This means that all houses have a gray water reuse system, rainwater collection and solar panels, for example.

It is worth mentioning that living in an ecovillage also means reducing and recycling all the waste produced, in addition to correctly disposing of organic waste, that is, it goes directly to the compost bin.

Imagine being able to harvest your own food in your backyard? This is a reality in ecovillages. Organic production is encouraged in these spaces as a way to promote local self-sufficiency. Therefore, each resident is invited to plant, harvest and share everything they cultivate.

Environmental preservation, of course, is a fundamental part of an ecovillage policy.

These communities value the preservation and recovery of environmental areas in the surroundings where they were formed.

How to live in an ecovillage?

Now comes the question that does not want to remain silent: how, after all, is it possible to live in an ecovillage?

Is expensive? Do you have to drop everything?

Calm! There are tens of hundreds of ecovillages in the world and each has a different policy for receiving new members.

What you need to do is define which ecovillage you want to live in and guess what? Get in touch with the place, as simple as that!

But not only that. After this first contact, it is essential to know the ecovillage in person before making the decision.

Many of them have a system for hosting visitors, a service for those who want to know more about the work and functioning of an ecovillage.

After that visit you will also need to adjust your lifestyle to the new reality. It may be necessary to give up formal employment and engage in a different type of activity, especially if the ecovillage is geographically distant from your current job.

Finally, there is the question of values. An investment is needed, just like buying a new property.

However, in ecovillages this process takes place in a slightly different way. In most cases, ecovillages provide lots for new members. After the purchase of this lot, the construction of the house is carried out, almost always in joint effort, following the parameters of bioconstruction.

Ecovillages in the world

Below are some of the most popular ecovillages in the world. 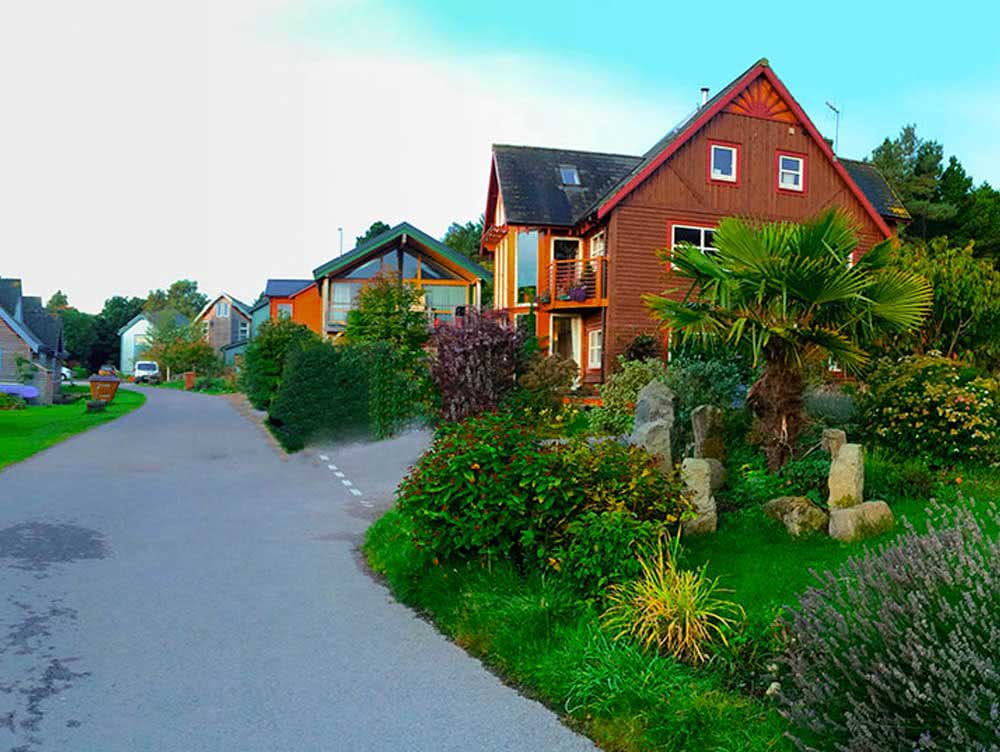 The Findhorn ecovillage is located in northern Scotland and was founded in 1985 and is therefore considered to be one of the first ecovillages in the world.

With about a thousand residents, the Scottish ecovillage makes the total reuse of water and has its own system for generating wind energy, generated within the property.

There, the cars are communal. The use of vehicles is made by scale and the residents never leave with a spare place. 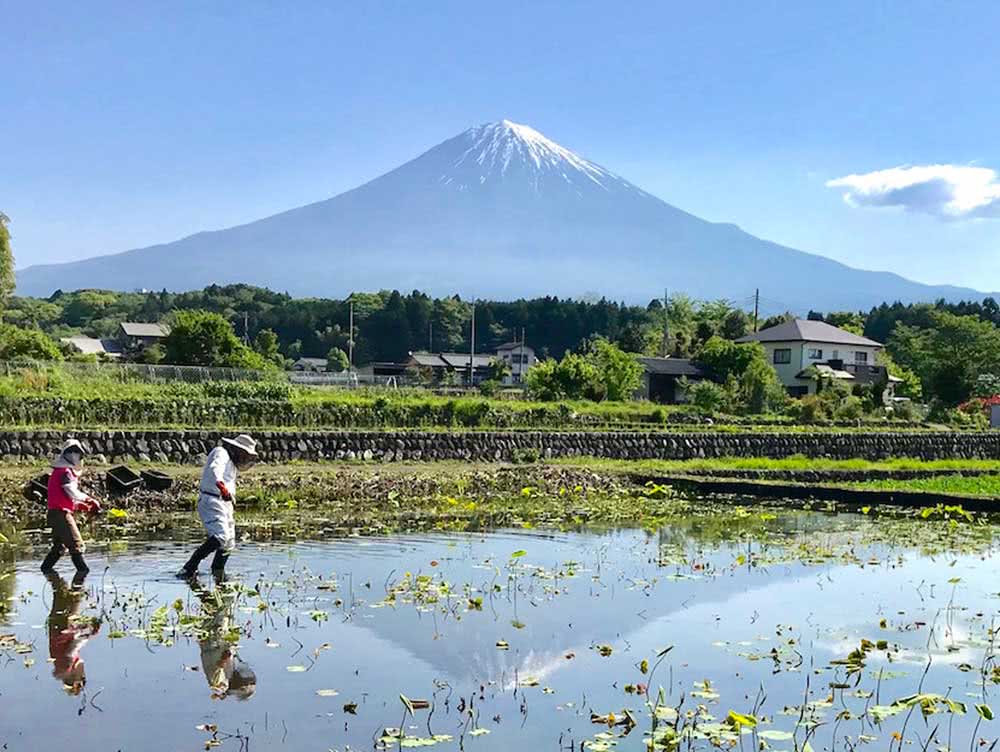 Founded in 1993, the Konohama Family ecovillage is located at the foot of Mount Fuji.

With approximately 100 residents, the ecovillage is dedicated to family and organic agriculture. 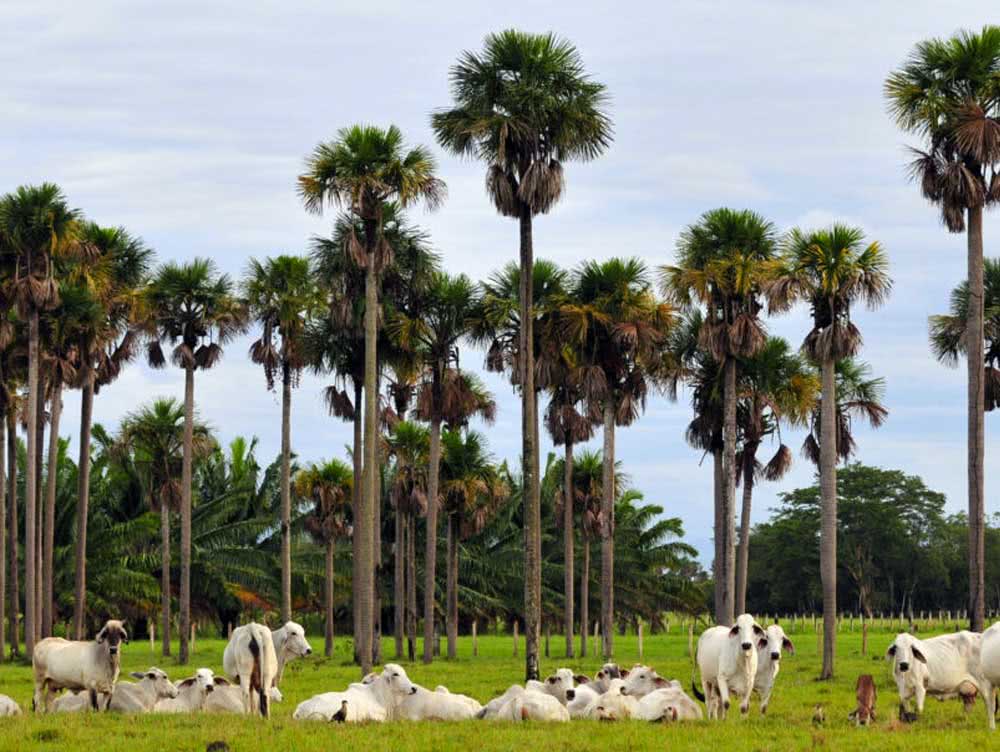 The Las Gaviotas ecovillage is one of the best known in South America. During the 1980s, it was dedicated to serving the local indigenous community. Today it is home to dozens of residents who wish to live a life integrated with the environment. 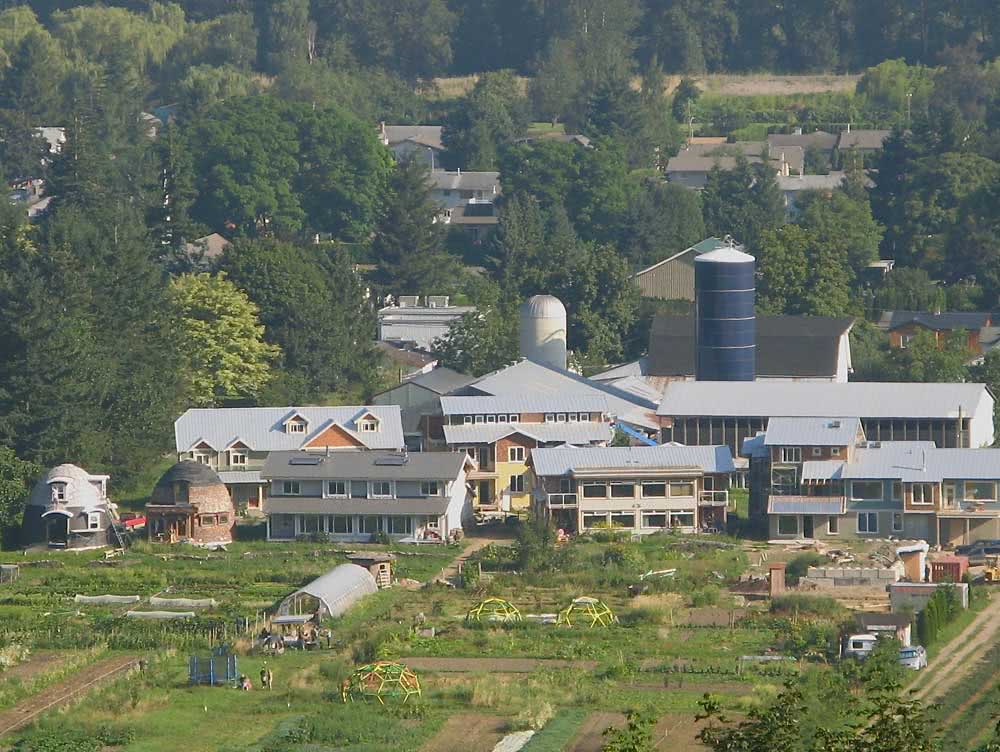 Canada is a model country when it comes to sustainability and, precisely for that reason, I could not fail to have one of the best known ecovillages in the globe.

Yarrow Ecovillage was founded in 2001 on an old livestock farm.

Brazil also has ecovillages, many by the way. Just take a look at the ones we selected below, who knows, you might not get excited and go there to meet.

The Asa Branca ecovillage is one of the main ecovillages in the country and functions as a model of sustainable design in Brazil. Surrounded by waterfalls, Asa Branca offers ecopedagogical tourism for those who want to know better what it is like to live in an ecovillage.

The Abrolhos Way is not really an ecovillage, but a housing development idealized and designed to be financially viable for anyone interested in one of the lots. In addition to the ecological houses and the designed neighborhood, the condominium also has clubs and leisure areas.

The city of Alto Paraíso de Goias is well known by those who venture for a more alternative and detached lifestyle, so to speak. And it is there that one of the most well-known ecovillages in the country is also found, the Golden Flower Natural Life. The site was founded in the early 1980s and has private lots for collective use for spiritual, cultural and sustainable practices.

Paulistas are very well represented when it comes to ecovillage. Very close to the city of São Paulo, between the municipalities of Piracaia and Joanópolis, the Clareando ecovillage is located. Surrounded by Serra da Mantiqueira, the place offers lots for those who want to invest in a new lifestyle.

Located in the city of Lindolfo Collor, 70 kilometers from Porto Alegre, the Sitio das Águas ecovillage is everything that is expected of an ecological community. There, they produce their own food, hold events with the community and dedicate themselves to bioconstruction techniques.

Ecovillages are there to show that it is possible to live in harmony with the planet and with others, without having to give up the amenities and comfort of modern life.

This may not be your time (yet) to live in an ecovillage, but you should not ignore the importance of sustainable actions.

Do everything you can to have a greener life even if you live in a 45 m² apartment. Recycle your garbage, adopt a compost bin, replace conventional products with environmentally friendly versions. Also enjoy and create a new lifestyle with more awareness, less consumption and more time for what really matters.