It is nothing new for anyone that plants and trees function as a lung for the planet. They inspire toxic gases and release oxygen into the atmosphere, contributing immensely to air quality.

But what you may not know is that you can have plants that purify the air inside your home. That’s right! You don’t have to live in the middle of the forest or surrounded by a large green mass to breathe fresh air.

Believe me: a single plant within each environment is enough to filter and clean much of the chemical compounds that are suspended in the air.

Great news, isn’t it? So let’s check which plants purify the air and find out how you can use them indoors.

Types of pollutants most common indoors 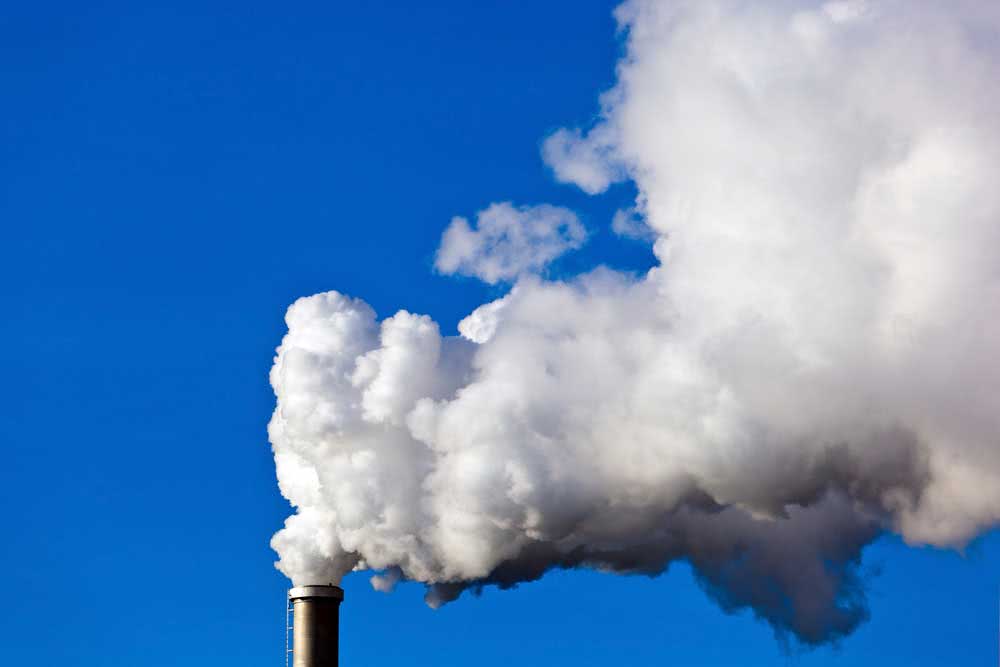 Those who live in big cities need to deal with pollution both outside and inside the home. But it’s not just the smoke and toxic gases emitted by vehicles that come in through the window.

There are other types of pollutants equally dangerous to human health, most of which come mainly from cleaning products and insecticides. Check out the most common pollutants found in homes:

Xylene is a chemical compound derived from petroleum, more specifically from a compound known as benzene.

This substance can be found in cigarette smoke, varnishes and gasoline. Exposure to xylene can cause throat irritation, headaches, dizziness, lack of concentration and mental confusion.

Ammonia is present in several products, from hair dyes to glass cleaners, floor waxes and even certain types of detergent and fabric softener.

Exposure to ammonia can cause eye and throat irritation, as well as coughing.

Formaldehyde is popularly known as formaldehyde when presented in liquid form. Its main function is to prevent the growth of microorganisms, so it is widely used as a preservative.

With a strong and irritating smell to the mucous membranes, exposure to formaldehyde can cause irritation in the eyes, throat and nose, in addition to headache, nausea, swelling of the larynx and lungs.

According to data from the International Agency for Research on Cancer (IARC), formaldehyde is proven to be a carcinogenic compound.

Benzene is another very toxic substance and one way or another is always present inside the home.

This is because benzene is used to manufacture numerous cleaning products, such as detergents, furniture polish and polishing waxes. Benzene is still found in glues, solvents, paints, car lubricants and in pesticides and insecticides.

Trichlorethylene is mainly present in paints, solvents and varnishes. Exposure to this chemical can lead to nausea, vomiting, headaches and dizziness. In more severe cases, trichlorethylene can cause drowsiness and even coma.

Toluene is a petroleum derivative popularly known as “shoemaker’s glue”.

Glues of various types, solvents and preservatives are produced from this substance.

Toluene is generally absorbed by the lung through inhalation.

In such cases, the most common symptoms are tiredness, mental confusion, loss of memory, nausea, loss of appetite, vision and hearing.

However, these symptoms tend to disappear when exposure to the product ends.

Plants that purify the air: types and environments

Check now which plants you can use to eliminate these chemical compounds from inside the house: 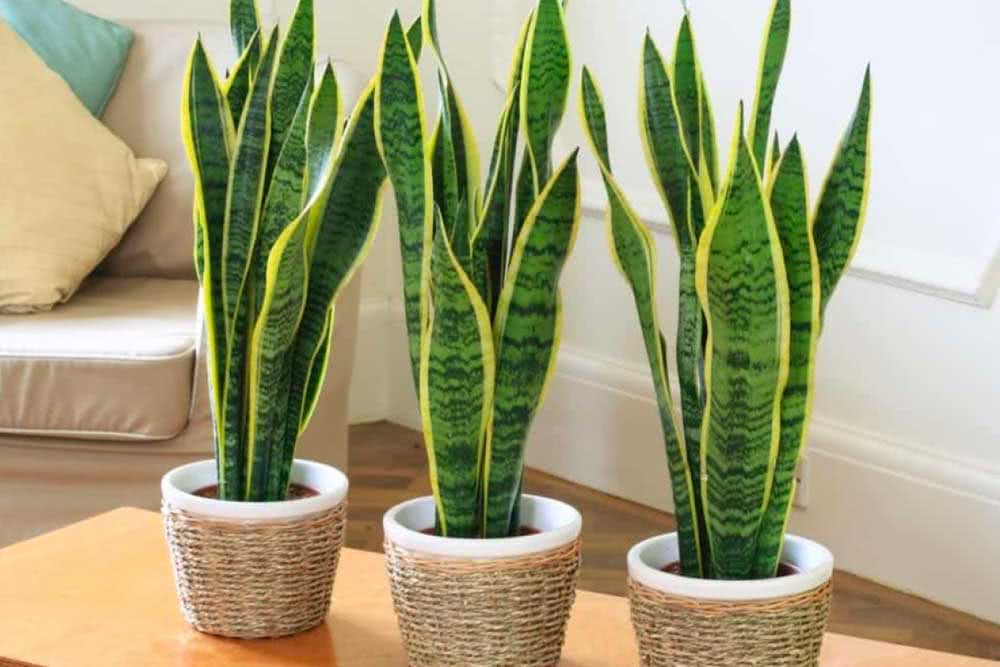 Everyone should have a vase of Saint George’s Sword at home. The plant makes a real cleaning in the environments and leaves everything clean and breathable again.

This is one of the species with the highest capacity for absorbing toxic substances.

The Sword of São Jorge removes a little of everything from the air: benzene, toluene, xylene, formaldehyde, among other substances.

Prepare a place in half shade to receive the plant, watering it weekly, but without exaggeration.

As the plant requires little lighting it is possible to keep it even inside bathrooms. 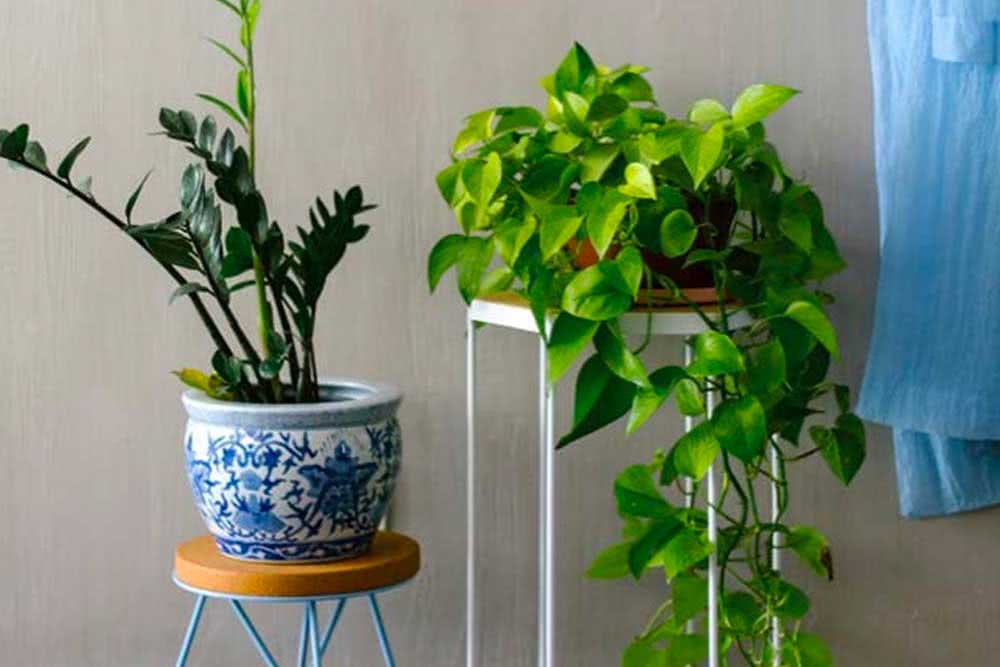 The boa is a darling of today’s decorations. The suspended effect of the plant can go far beyond aesthetics, since the boa is also considered an air purifying plant.

It absorbs benzene, formaldehyde and xylene. Like the Espada de São Jorge, the boa is very easy to care for, just offer a corner with good light. 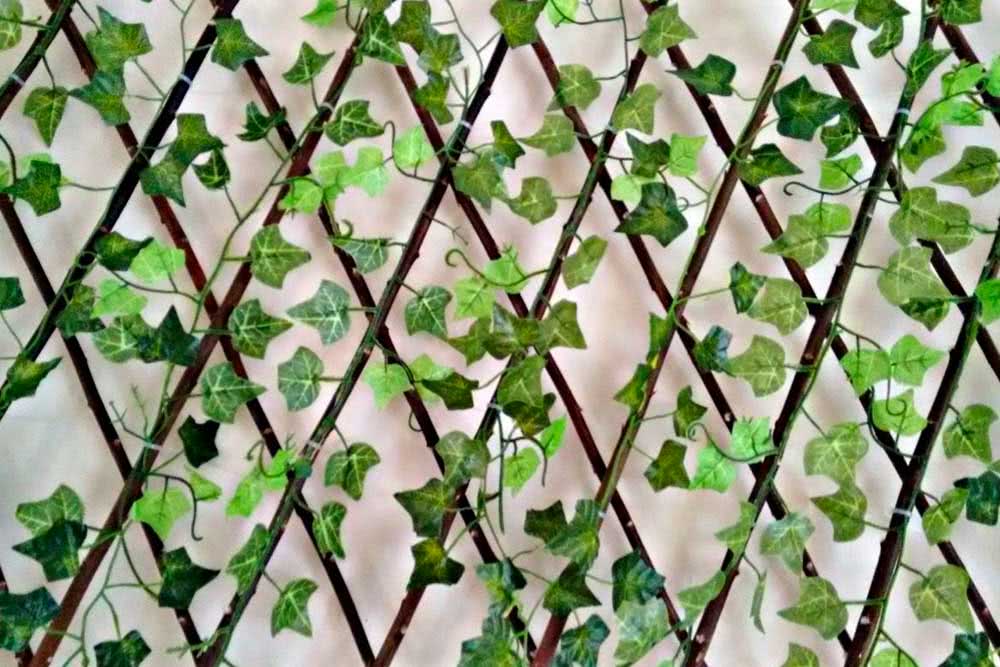 Ivy is another great option to renew the air indoors. In addition to contributing to the removal of toxic substances from the environment, the plant is great for helping to humidify the air. 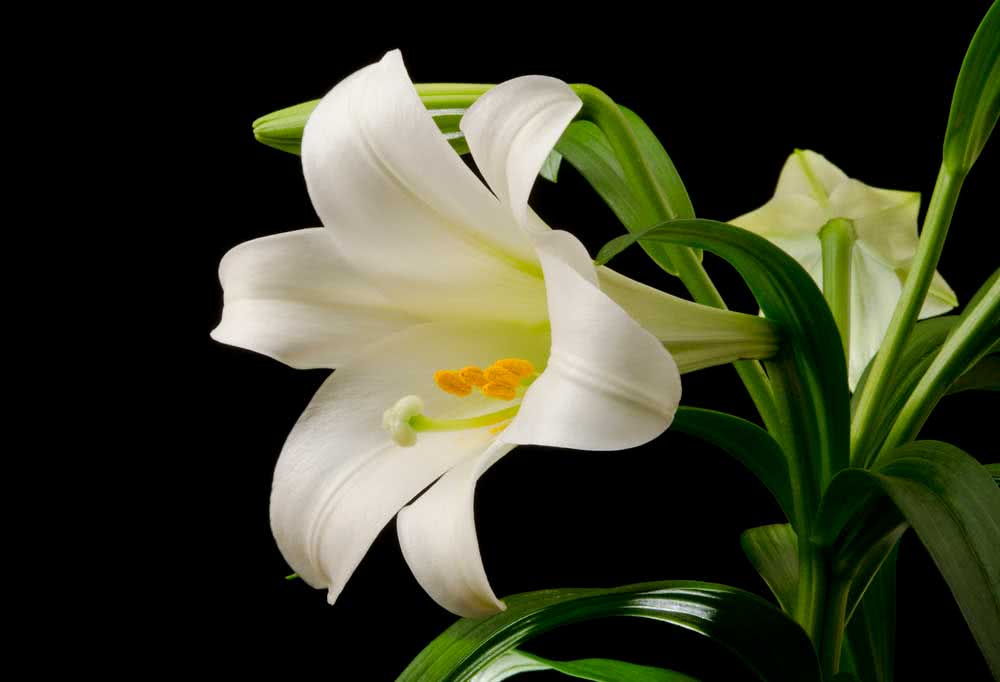 Exotic and tropical, anthurium decorates like no one else and still has the potential to remove impurities from the environment, mainly filtering out ammonia and its derivatives.

A good tip is to use the plant in the bathroom, as it adapts well to the humid and shady climate of these environments.

Do you have a smoker at home? Then you need a peace lily vase. The plant is able to filter elements present in the smoke, such as xylene, ammonia and benzene.

Easy to care for, the peace lily needs only a little shade and frequent watering. 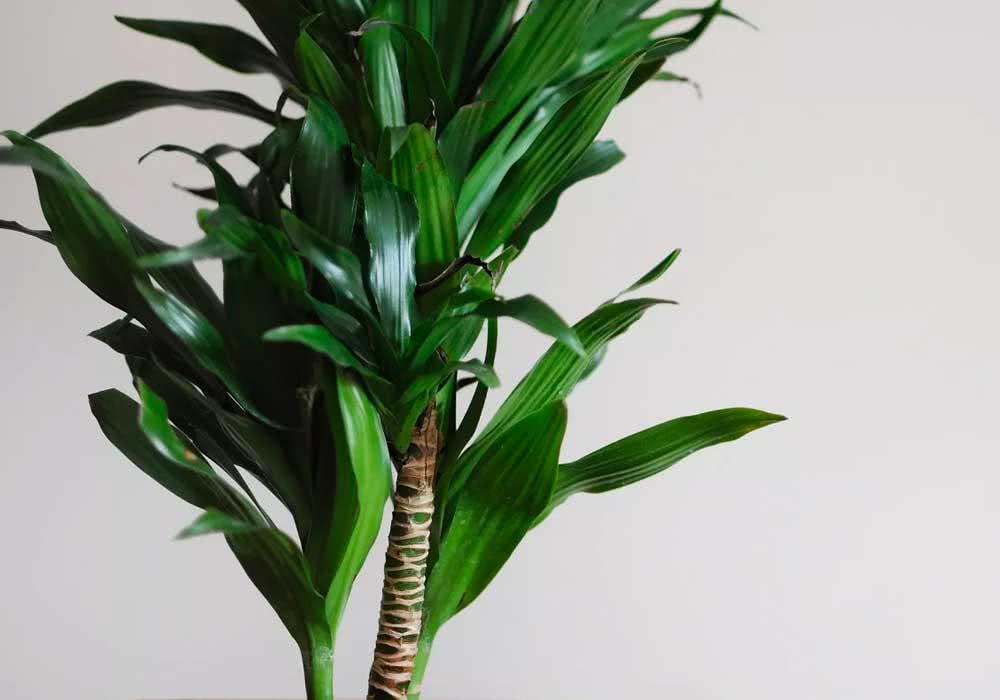 There are several types of dracena and they are all known for their ability to purify and moisten the air. The dracena is great for low light environments and can be used in offices and commercial spaces. 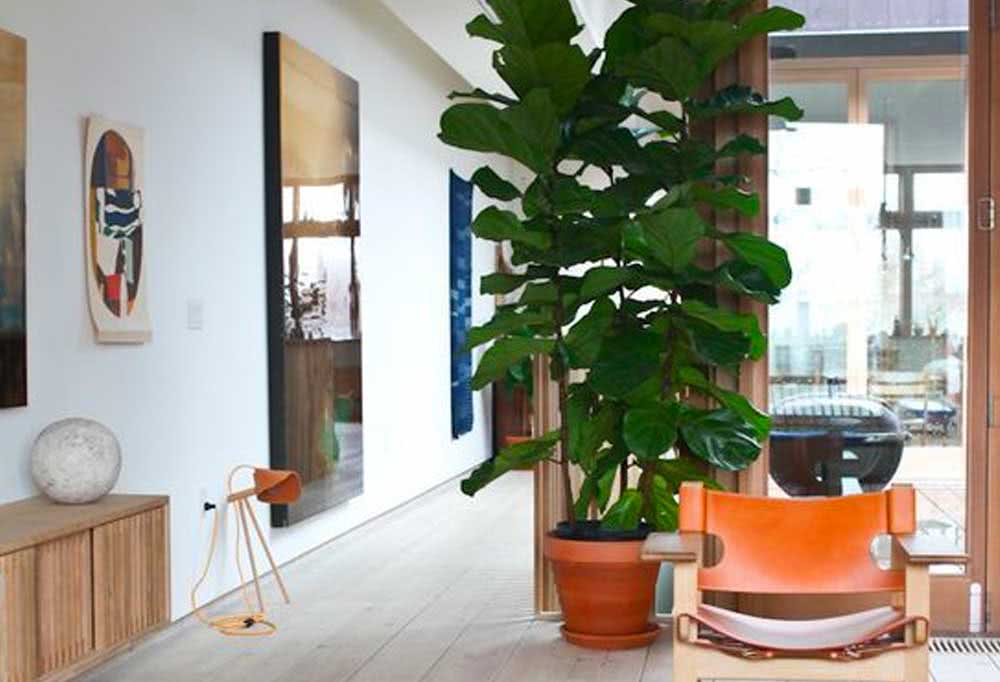 Another little plant that is in fashion, but besides being beautiful and a great ally of fresh environments and fresh air.

The main feature of Ficus is the ability to moisten spaces and make them more pleasant, especially on the hottest and driest days. 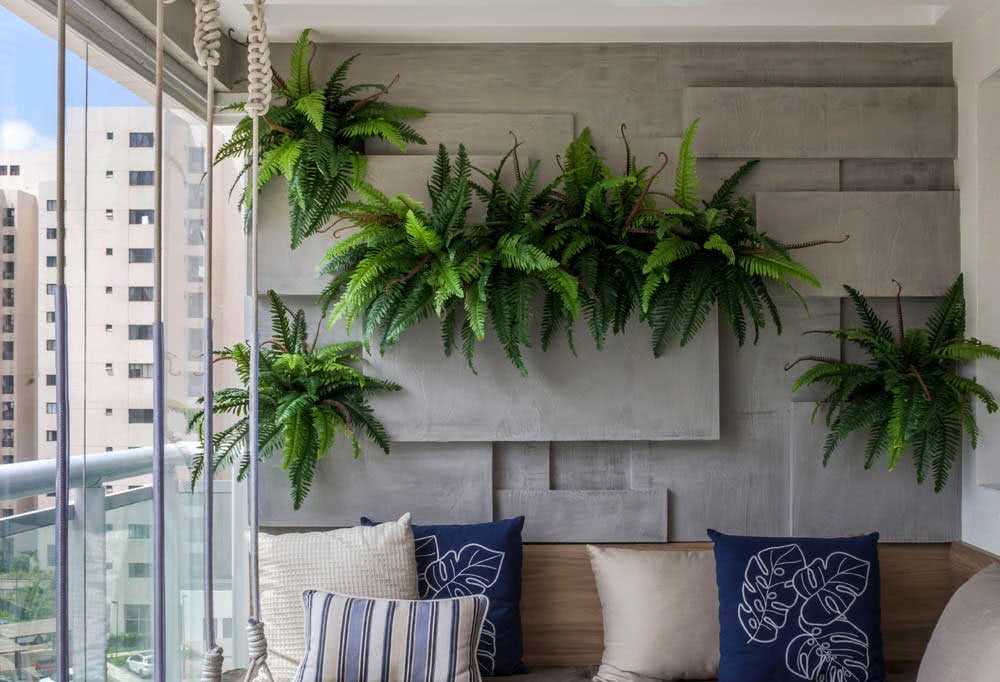 Who doesn’t love a fern, right? This beautiful and exuberant plant can also be used for the purification of indoor environments.

The fern can filter even substances like mercury and arsenic. Place the plant in a well-lit place, but protected from wind and direct sunlight. 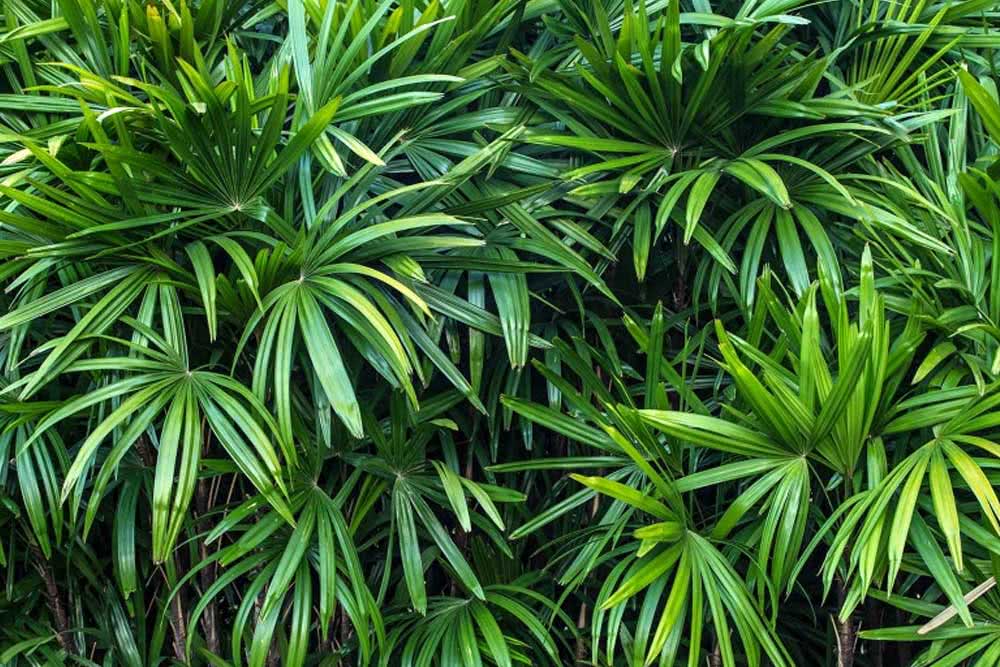 Did you know that the raffis palm is great for eliminating toxic substances produced by cleaning products? Therefore, a good request is to place the plant in the laundry or service area. 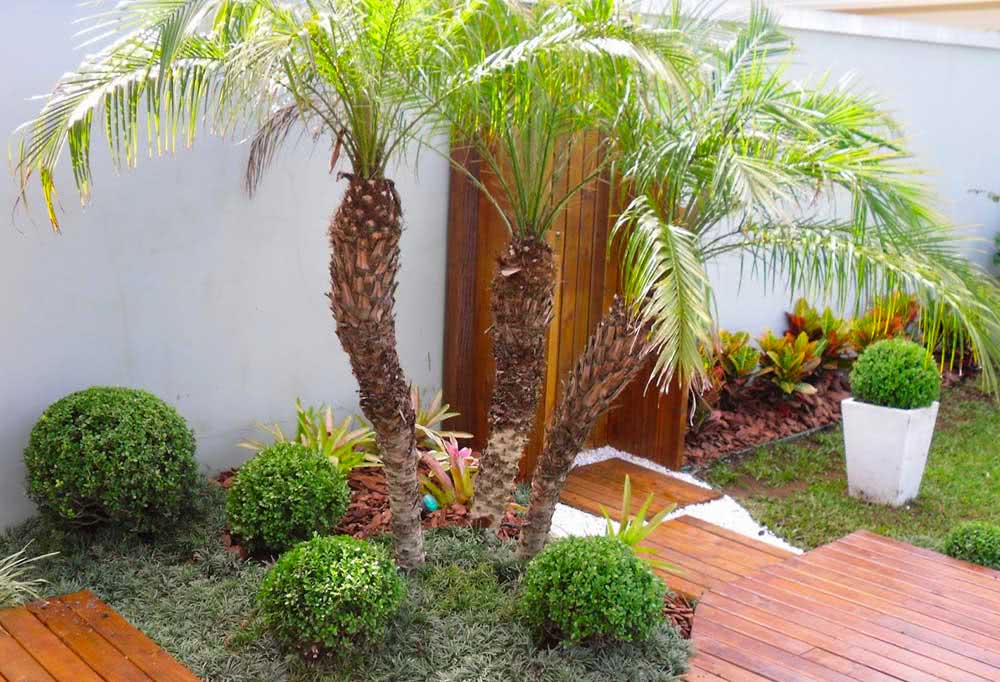 And to make the whole house free of pollution, start by betting on a dwarf date palm. This plant mainly filters the gases emitted by vehicles, so a good suggestion is to leave it right at the entrance to the house. 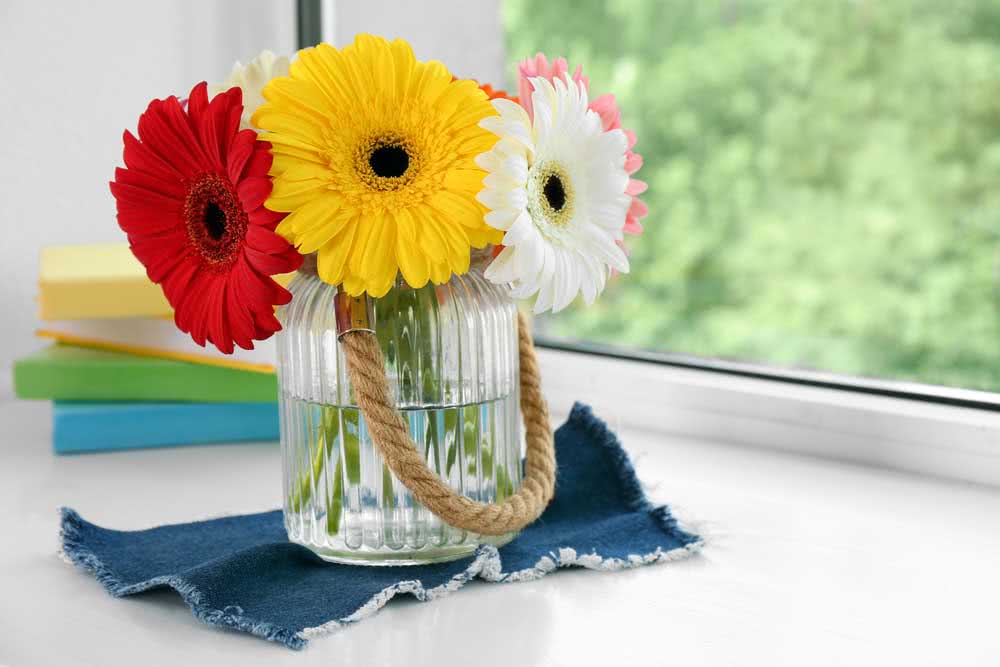 Among so many plants, there could not be one without a flower. Gerbera, in addition to being beautiful, is very useful in eliminating pollutants, since it absorbs cigarette smoke compounds and substances such as formaldehyde and toluene.

Special care for pets and children

Some plants are toxic and can cause irritation and allergy when handled or consumed.

So it is important to keep them away from children and pets. A tip is to use the plants suspended or in pots supported on tall furniture.

Now you just need to open your email and confirm your subscription! Thank you.